Here, and in all other “Just the Facts” posts, is where I’ll be laying out the timelines of major news events as they have unfolded in the media.

On October 6, Judge Brett Kavanaugh became the 114th Justice of the Supreme Court, filling the vacant seat left by Justice Anthony Kennedy, who announced his retirement on June 21. Kavanaugh’s confirmation marks the second successful appointment to the Court by President Trump and a shift in its ideological balance, creating a 5-4 conservative majority.

Kavanaugh was born in Washington D.C to two parents who practiced law. His father was an attorney and his mother was a Maryland Circuit Court judge. He received his BA and JD from Yale and Yale Law, then went to work under Judge Ken Starr and assisted in his investigations into then-President Bill Clinton. After George W. Bush won the 2000 presidential election, Kavanaugh joined his administration as Staff Secretary and was later nominated by Bush to the U.S Court of Appeals for the D.C Circuit, finally being confirmed in 2006. President Trump nominated him to the Supreme Court on July 8 of this year.

The confirmation process was no cakewalk for Kavanaugh. Public opinion was firmly polarized and the series of public hearings with the Senate Judiciary Committee were packed with drama, drawing more than 20 million people to tune in and watch it unfold.

Trump nominated Kavanaugh on July 9, and his confirmation hearings began on September 4. But conflict arose hours before the committee was even in session; on the evening prior, over 42,000 pages of documents were released to the committee detailing Kavanaugh’s service in the Bush administration.

Senate Minority Leader Chuck Schumer (D-N.Y.) took to Twitter to express his frustration with this development: “This underscores just how absurd this process is,” he said. “Not a single senator will be able to review these records before tomorrow.” Schumer went on to request that the hearings be delayed until these documents could be properly assessed.

A response from the other side of the aisle came from Taylor Foy, a spokesperson for Committee Chairman Chuck Grassley (R-Iowa), explaining that their review team “will be able to complete its examination of this latest batch in short order, before [the] hearing begins.” Later that evening, the committee tweeted that the Majority staff did indeed complete this review.

The first day of hearings began with requests from Democrats to have more time to review the documents, but these were denied, and the hearing continued. Read Kavanaugh’s opening statement here.

Despite consistent interruptions by protestors, the next three days of initial hearings were relatively standard and calm. Things began to unravel the following week, however. A report from The Intercept revealed that the committee’s top Democrat, Senator Dianne Feinstein (D-CA), was in possession of a document that contained some sort of accusation against Kavanaugh. On September 12, Feinstein sent the document over to the FBI.

The following Sunday, after four days of swirling rumors, the contents of the document are revealed in a Washington Post story. It details an accusation of sexual assault by Christine Blasey Ford, a professor of psychology at Palo Alto University, in which she describes an encounter with Kavanaugh in the early 1980’s. She claims that at a party in Montgomery County, Maryland, he and his friend Mike Judge “corralled her into a bedroom” and “pinned her to a bed and groped her over her clothes.” When she tried to scream, “he put his hand over her mouth.”  Ford stated that she feared he may inadvertently kill her.

On September 22, Ford agreed to testify before the Senate Judiciary Committee the following week. Ford’s lawyers requested that an FBI investigation into her accusation be completed prior to her testimony, but this was not authorized.

In the five days before her testimony, two other women came forward with allegations of sexual misconduct against Kavanaugh. Deborah Ramirez, who attended Yale with Kavanaugh, claims that he exposed himself to her at a party during those years. A former high school classmate of Kavanaugh, Julie Swetnick, submitted a sworn statement to the committee in which she claims Kavanaugh and Judge attended a party where she was drugged and “gang raped.” Swetnick did not identify either man as her attacker, but claims that she has witnessed Kavanaugh be “overly aggressive with girls,” and engage in conduct such as “fondling and grabbing girls without their consent.” Both Kavanaugh and Judge have denied all allegations against them.

Brett Kavanaugh and Christine Blasey Ford appeared before the Senate Judiciary Committee on September 27 to give their official testimonies on the issue. The Republican senators on the committee hired Rachel Mitchell, a sex crimes prosecutor from Arizona, to conduct the lines of questioning on their behalf.

Ford stated the she was “100 percent” sure of her allegations against Kavanaugh, and Kavanaugh called the mass of accusations a “calculated and orchestrated political hit.”

Following the hearing, the committee asked Trump to order an FBI investigation into the allegations against Kavanaugh before a full senate vote on his confirmation, to which he agreed, stipulating that it must be “completed in less than one week.”

On October 4, the FBI delivered the confidential findings of its investigation to Congress for their review prior to the vote. Here’s what some of your Senators said about the findings:

“There’s nothing in it that we didn’t already know…I trust that the career agents of the F.B.I have done their work independent of political or partisan considerations.”

“The supplemental background investigation found absolutely zero corroboration of the allegations that have been made. I plan to vote for Judge Kavanaugh and believe he will be confirmed very soon.”

“What I can say is that the most notable part of this report is what’s not in it…it looks to be a product of an incomplete investigation that was limited — perhaps by the White House, I don’t know.” 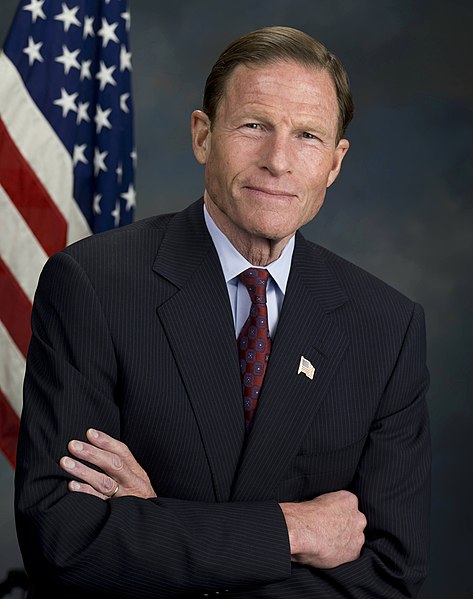 “This report raises more questions than answers. It is really a story of unfollowed leads, un-interviewed witnesses.”

Following their review of the documents, the senate voted 51-49 to advance his nomination, and on October 6, Kavanaugh was confirmed to the US Supreme Court on a 50-48 final vote. Senator Joe Manchin (D-WV) was the only Democrat to vote for his nomination, while Senator Lisa Murkowski (R-AK) was the only Republican to vote against it.